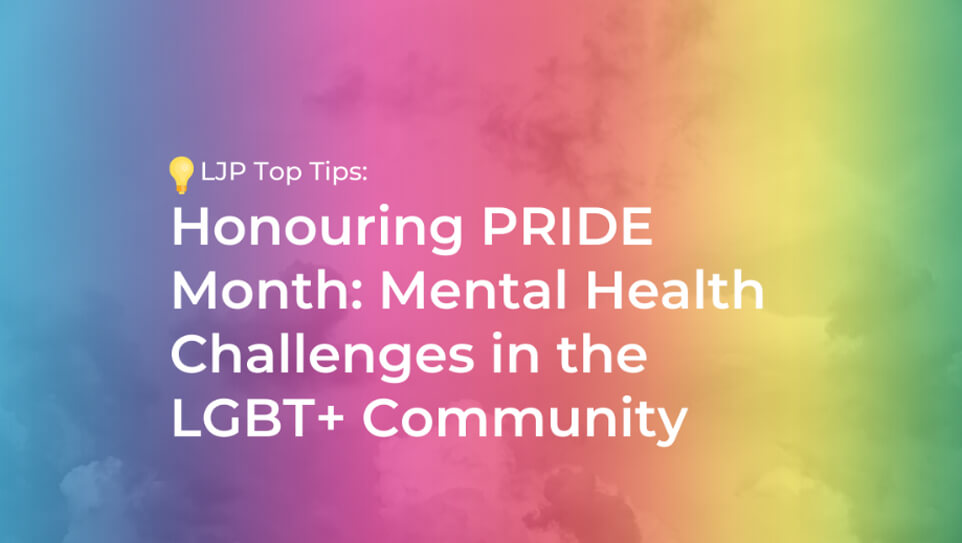 If you or anyone you love identifies as LGBT+ and is experiencing mental health struggles, they can reach out for a chat and support from Switchboard LGBT+ Helpline.

This month is Pride Month, a month dedicated to celebrating how far LGBT+ rights have come and drawing attention to how much further there might still be to go.

At The Lily-Jo Project, we believe that everyone deserves access to good mental health care and support, regardless of race, belief, background or sexuality. However, we know that statistically, adequate mental health support can be very difficult for people who identify as LGBT+ to access.

As a person who identifies as Queer, these statistics feel very real, and I know from my own experiences and those of my friends in my community, that one of the biggest dangers to our wellbeing is our mental health.

In addition to this statistic, a study in 2021 showed us that LGBT+ youth are twice as likely to contemplate suicide. So even though we live in a world where Pride seems to be everywhere, where supermarkets sell Pride-themed items and where more and more celebrities feel comfortable coming out and representing the LGBT+ community, young LGBT+ people are still struggling with their mental health.

This month for Pride, I invite you to learn more as to exactly how mental health problems have become so rife in my community.

Studies show that since 2014, homophobic hate crime reports have tripled in the UK and transphobic hate crimes have quadrupled. During the pandemic, it became even worse, as LGBT+ people have been blamed by some people for COVID-19.

Speaking to Eachother, Leni Morris who is the chief executive of Galop, an LGBT+ charity, said “the pandemic was seen as a punishment for our existence, or because of community’s association with the HIV/AIDS pandemic and a notion that LGBT+ people were somehow at the root of this pandemic.”

Yet despite this rise in incidents, government figures show that 90% of hate crimes in this area go unreported. This could be for a myriad of reasons that are unique to the victims, but one that I am most familiar with from talking to others in my community is fear of mistreatment or discrimination from the police.

An article published in the student newspaper for Notre Dame Sixth Form Catholic College in Leeds reported the primary reasons that young LGBT+ people have not or would not report a hate crime to the police. The reasons given included:

Given that we know that a high proportion of hate crime victims experience PTSD from the experience, it is not surprising that individuals who experience verbal and physical abuse and feel as if they have no recourse to seek justice struggle with mental health issues in higher proportions. How can we be expected to feel safe in a world where the people who hurt us will likely not be held to account?

Most young LGBT+ people who experience a hate crime report to have experienced it in the context of school. These statistics from StoneWall give an insight into what life at school can be like for LGBT+ young people.

For many people in the LGBT+ community who experience mental health problems, those problems can stem from trauma that happened because of a hostile home, religious or cultural environment. This is something that speaks to my own experience as a member of this community and to many of my friends, particularly with regard to Christian fundamentalism and evangelicalism. Many of us were made to feel unwanted, told that we were possessed or unholy or mentally unstable because of our desires and orientations.

In an article for the Guardian, Jayne Ozanne, a former member of a government advisory panel said that “It is this that motivates so many to seek out conversion practices, which then sadly leads so many LGBT people to consider taking their lives.” We know that these issues disproportionately impact black LGBT+ people in the UK and the consequence of this is that LGBT young People of Colour are more likely to have thought about taking their own life than white LGBT young people (79 per cent compared to 74 per cent).

Conversion therapy has left scars on so many people’s lives, but particularly in regard to their mental health. The Ozanne report, which was presented at the Church of England synod in 2019, showed the drastic and devastating impact of conversion therapy with over a half of conversion therapy survivors reporting mental health problems. We also know that LGBT+ young people of faith are more likely to have tried to take their own life than those who aren’t of faith (30 per cent compared to 25 per cent). This speaks true to my experience as a Queer person in the Church.

This type of cultural conditioning creates a well of shame in individuals, a pervasive feeling of wrongness that can hinder their ability to seek medical help for mental health problems, especially if they have been taught by those around them that their mental health struggles are a divine punishment, rather than a medical problem.

For many of my friends, accessing adequate healthcare, both mental and physical, is a significant battle. Many of us have had negative experiences with a healthcare professional and the national statistics from Stonewall reflect the experiences of my small microcosm community. The study by Stonewall shows us that:

Another difficulty that LGBT+ people face is that services specifically designed to support their mental health are currently horrendously oversubscribed and underfunded.

A YouGov report with Stonewall revealed that one in ten (ten per cent) of health and social care practitioners are not confident in their ability to understand and meet the specific needs of lesbian, gay or bisexual patients and service users. A quarter (24 per cent) are not confident in their ability to respond to the specific care needs of trans patients and service users.

This lack of confidence means that many LGBT+ people rely upon charities rather than the NHS to provide them with the support that they need. The result of this is that for many of my friends and other LGBT+, our GPs and hospitals do not feel like safe spaces, or places in which they will be taken seriously, well-treated, or respected.

For many LGBT+ people and particularly young people, they do not feel as if their rights are being respected or taken seriously. They often feel unprotected and cut off from educational opportunities and adequate healthcare because of how they identify. For myself and for those in my community, Pride is a month of celebration and awareness, but the other 11 months of the year require attention too.

I hope that in the coming years we will see positive change in these areas and that LGBT+ people can finally receive adequate mental health support.

In the meantime, the following charities and organisations have dedicated themselves to breaching the gap. If you are reading today and wondering how you can help, I suggest looking into these organisations and see what support they are looking for (perhaps donations) or you could follow their social media accounts online and share some of their posts this pride month! Raising awareness is one of the ways we can reduce the stigma around these issues and hopefully encourage more LGBT+ to seek out and find the mental health support that they need.

About the Author: Emma Hinds 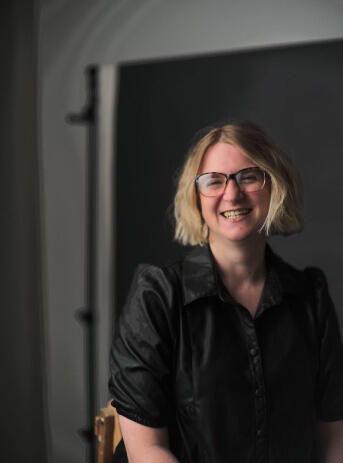 Emma is a Queer writer living and working in Manchester. She writes about Queer and feminist issues through the mediums of novels and plays and is represented by Soho Agency. You can see Emma’s work here. You can also follow her on socials here: twitter@EmmaLouisePH and instagram@elphreads.