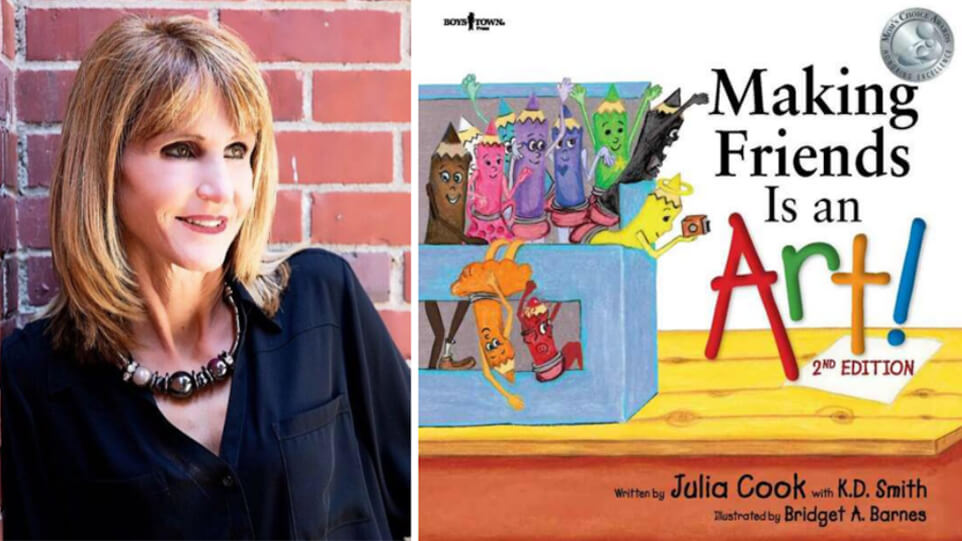 The web has been blowing up lately with what has been tagged as “cancel culture.” One of the latest stories to fuel the fire has to do with the estate of Dr. Seuss making the decision to pull six books from print due to racial undertones.

In the midst of all this, I sat down with international children’s author, Julia Cook, to talk about her writing process and the lessons she is imprinting in our littles with her social-emotional books.

During the course of the conversation, talk turned to an incident that occurred with her book Making Friends is an Art. Here is the snippet of the interview which was originally published in full on my personal blog here.

Brandy: “We live in such a digital society. It’s so easy for the keyboard warriors, and people are often unaware of how much power that their words have. How do you handle negative comments, and what advice would you give your young audience or even their families in this area?”

Julia:  “First of all, I listen to the negative comments. I would read Amazon reviews and get ten great ones and one terrible one. I’ve learned to weed them out. I got one (about the book Making Friends is an Art) that said, “This book is not kind to children of color…”

“In the original Making Friends is an Art (a story about a color ‘brown’ who, as the least-used pencil in the box, has a hard time making friends), I started off saying, “I’m brown. I don’t have any friends. Nobody likes me.” And, you know, a child would read that and say, “Well, I’m brown too.” Skin color never entered into my thought process bubble.”

“The illustrator is African American. But when I heard that, I was like, well, we need to change it.”

“So, we messed around with it and we changed it, but it still just did not work with kids. It was almost offensive to some kids. I was in Bulgaria, and I had this lady reach out to me. She said, “I’ve been asked to get behind the “ban Making Friends is an Art book” because it’s racist, and I wanted to know why you’re racist. Then, I went to your website, and you’re anything but racist. Why would you put this in print?” And I actually called her, and I said, “Because I’m an ignorant white woman who didn’t even realize my words were harmful or hurtful. We have to take it off the market…the premise of the story is a good story. What do I need to do to fix it?”

“She looked at the art, and the pencil that was brown actually had white arms. I never noticed that. And instead of talking about all the things brown doesn’t have in the beginning, it now starts out, “I’m brown. I’m the luckiest pencil in the box. Let me tell you why.” It empowers children of color. It empowers white children too. It empowers everyone who reads it.”

“I have this thing that if I write a book and it doesn’t work for all kids, it won’t work for any kids. And if I screw up, it is never intentional. Everybody makes mistakes. I use it to teach kids that it’s what we do with those mistakes that matter.”

“You know, it would have been easy to say, “Well there’s already 50,000 in print, and it’s doing well” versus oh my gosh, let’s fix this book.  So, you’ll see in the beginning (of the book) that Katie Smith wrote me a letter and I wrote her back, thanking her for having enough courage to say this book isn’t working.”

“The whole point of these books is to enter the worldview of a child and teach them to be better and to make your job easier. We totally revamped the book and made it the second edition. Now, it’s a book I’m really proud of.”

To learn more about Julia Cook and her children’s books, check out her website here.

4 Ways to Tackle Racism, Injustice, and Discrimination with your Family

Julia Cook’s story is a wonderful example of how to change the conversation surrounding racial bias and discrimination. If she had just said, “Oh, you find that offensive? Too bad…thousands of other people don’t,” a massive growth opportunity would have been missed.

So, the question remains…how can we build a generation that is ready to tackle tough issues like racism? Take a look at these four strategies.

Or even better, just start having the conversations. If you need a starting point, you may find the following articles on The LIly-Jo Project blog to be helpful:

Some great titles that lend themselves to discussions of racism, discrimination, injustice, etc. include:

Reach out to your community.

The Lily-Jo Project runs an online Facebook group for mental health resources for children, and we often tackle how to have tough conversations with your children. I moderate the group, and I would love to have you join. You can request to join this private group on Facebook here.

If you hear yourself tell a joke or make a comment that you realize is insensitive to certain groups of people, own it. Use the opportunity to have a conversation with your children about how “when we know better, we do better.” This will help our children learn to be mindful of their words as well.

While I do not necessarily buy into cancel culture, it would be remiss to assume that we cannot use past works (books, entertainment, etc) to illustrate how far our thinking has come in the last century. If we want our children to truly live in a world with less racism and intolerance, we must have conversations that will help them do better now when they are young. 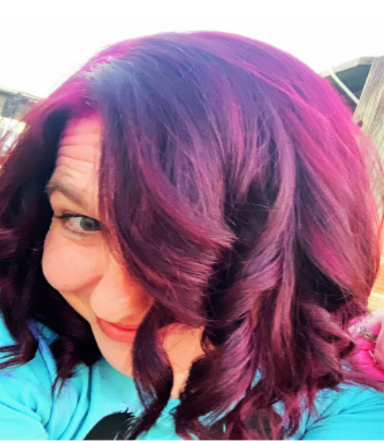 Brandy Browne is an early childhood educator in the United States, as well as a family coach and blogger for UnStuck (www.unstucks.com), her family coaching service aimed at helping families develop positive habits and breaking the cycle of generational trauma and poverty.

Her education is in early and elementary education, and she also has a masters degree in parenting and child/adolescent development. Brandy is a wife to her high school sweetheart of fifteen years, and together they share three children, aged ten, seven, and five. In her free time, she enjoys reading, gardening, writing, and distance running.