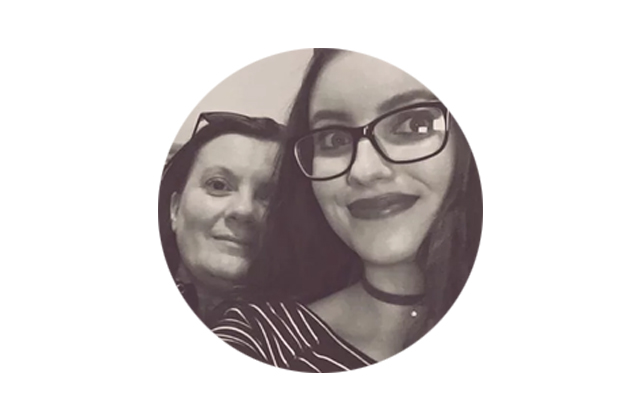 My name is Julie Kirkpatrick, I am 41 years old and I’m from a small town in South West Scotland called Dumfries. My beautiful daughter Amy came into the world on Friday the 5th June 1998 at 7.10pm. Before I gave birth to my daughter I had never experienced any mental health issues. When I came home from the hospital I was feeling very overwhelmed and anxious about being a first-time mum. Initially I thought it was just a natural feeling, but as the weeks went on I became more and more overwhelmed and my mood dropped pretty low which didn’t make any sense, as surely this was meant to be the happiest time of my life. I knew I needed to talk to someone about how I was feeling so when my midwife came round to do the check up, I bravely spoke to her about my thoughts and feelings. She booked me in with my GP. This is when I was diagnosed with Post Natal Depression.

I didn’t really know much about the illness but i was willing to take the help that they were offering as I knew something wasn’t right with me and I had to be well to look after my newborn baby. I was prescribed anti-depressants which took a while to get into my system so it was quite a difficult time trying to look after a newborn, whilst adapting to the new medication. Amy’s father worked shifts so I moved in with my parents for a while so that they could help me out with Amy and I could begin my course of medication. Getting that extra support from my family was key for me at that time.

When Amy was five we moved house. Amy’s dad had recently joined the police force so he was away from the family home for a few months on training. This was the first time since Amy was a newborn that the two of us had been left on our own for such a length of time. Amy had recently started primary school so I began to look for a part time job to keep myself busy as I felt lost not having her around. She settled into school and it felt good for me to be back in the working world again. I was still having low days but I was managing to keep myself well enough to cope with everything. When Amy was nine and half I started to feel unwell again. I just couldn’t shift the feeling of inadequacy. I felt anxious and was worrying about things 24/7, my mood was very low. I was back to feeling the same way I was when I was first diagnosed with PND. I knew I had to contact my GP again. He referred me to a CPN (Community Psychiatric Nurse) and a Psychiatrist. They told me that I had clinical depression. Once again I felt like a failure. Amy’s father tried to help and understand my illness as best as he could but my struggles put a lot of pressure on our relationship. We had been together since we were seventeen but in May of that year Amy’s father walked out on me. Not only was I  struggling with my mental health I was now a single parent too. His departure felt like a death within the family. We’d been together for such a long time. Sixteen years to be exact. I don’t think I actually processed what had happened properly, as I was more concerned about how the split was going to impact Amy. When it finally hit me that I was going this alone I had to think about how I was going to cope financially. He was the bread winner and I was signed off on long term sick with depression.

I blamed myself for Amy not having her father around. I felt that my mental health problems were the reason why he was gone. My parents and close friends were an absolute lifeline for both myself and Amy. I got in contact with my GP and CPN once again to let them know what had happened. My CPN visited me at home regularly to make sure i was coping okay. Having the support of my GP/CPN and family/friends was vital for me.

Once I began to accept the fact that I was a single parent, I eventually returned to work. I worked part time so that I could be there for Amy once she’d finished school each day. I was having regular counselling sessions and still seeing my CPN which kept me from keeping how I was feeling to myself. My real focus was Amy knowing that I had to get up every morning whether I liked it or not. I knew that this little girl needed me more than ever and I pledged to myself that I’d be there for her through think and thin.

If you’ve recently become a single parent here are my top tips:

1) Don’t blame yourself: Never blame yourself for the situation that you are in. Being a single parent may at first seem very daunting but from my own experience, it is hard, but the relationship that I now have with my daughter has grown stronger over the years. We’ve become a team.

2) Get some support: Having a good support network around you is vital, reach out to professionals such as GP’s, counsellors, tell your family and friends how you are feeling and take all the support that is offered to you. The worst thing to do at this time is to isolate yourself from people.

3) Be honest: I found being open with my daughter was vital. Find out how your child/children are feeling about the situation. Sometimes children can blame themselves for their parents separation so it’s a good idea to talk to them and explain what is happening age appropriately.

My relationship with my beautiful daughter is wonderful! Not only is she my daughter she’s also my best friend. For so many years I didn’t feel like I was doing a good job of raising her, especially when I first became a single parent. I felt like it was my fault that her parents were separated and divorced. However fast forward a few years and i can now eventually see that I have contributed to the growth and development of my gorgeous daughter. She was ten when her father left and in June of this year she will turn 19. This September she starts University! Amy is a loving, caring, humble, hard working, generous, kind, bright, well mannered and compassionate young lady who I’m so very very proud of. Now that she is that bit older she has more understanding of my mental health issues and is so empathetic to what I face everyday, she is so supportive of the things that I do to keep myself well. Last summer I completed an eight week mindfulness course which was life changing for me. After nearly nineteen years I can finally say that I am in control of my mental health issues, for so many years I was just surviving but now I feel like I’m thriving. Amy has and always will be my main priority, she completes me, If life is a jigsaw puzzle, she is my missing piece.

If you are a single parent and live in the UK you can access further information advice and support visit: www.gingerbread.org.uk